If your vehicle has minor dents or indentations, such as hail damage or parking lot door dings, we may be able to fix them using paintless dent repair, or PDR.

This is a technique where we use special metal rods and picks to push out the dents from the inside of the body panel, without the need to repaint.

Paintless dent repair is priced at a fraction of the cost of conventional repair and has a faster turnaround time.

How are Dents Usually Fixed?

When a body shop repairs a dent the traditional way, they fill in the dent with body filler, and then paint over it. This is far more labor intensive, and takes longer than PDR, costs more, and can affect your car’s resale value.

With paintless dent repair, fillers aren’t needed, and we address the underlying cause of the dent, and actually remove it, instead of just covering it up and hiding it.

Depending on the location of the dent, we may need to remove some internal trim. Most times, we’ll start on the exterior, and use a “glue pull” where we temporarily glue special tabs to the dent, and then physically pull it out, and remove the glue. If there are any high spots, we’ll tap those back down with special rods made for this purpose.

Will You Need to Drill Holes in my Vehicle to Fix the Dents?

We don’t drill holes unless it’s absolutely necessary, and then only with your permission. Sometimes drilling is just easier, but we don’t like to rely on that. We’d rather spend a little more time in order to avoid it. If we can’t fix a dent without drilling, we’ll explain it to you first and let you decide whether or not you want us to do that. If we do need to drill, we’ll do it in the most inconspicuous way that we can, and seal the hole properly. 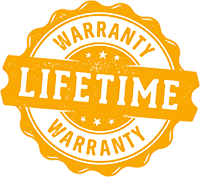